This week sees the end of an important chapter in my life. As one passport runs out, it’s time to apply for a new one. (This isn’t a shite metaphor by the way, it’s what I plan to write about.)

This particular passport (yeh, seriously) has been part of my life since I was 17. It’s seen the inside of hotel safes on some of my seminal trips abroad.

From the obligatory post-A-level adventure to Kavos/Magaluf/Malia (delete as appropriate. I would personally recommend deleting all three from the face of the earth), to my gap-yah that was two months slumming-it in such third world locations such as Las Vegas. (The slave labour problem there really opened my eyes to the plight of others – I heard the tale of a woman who had been locked in a fake amphitheatre for over four years. Celine something.)

Then there was my transition to grown-up-executive-lady where Mr. Passport allowed me to leave on my inaugural business trip, where, clipboard in-hand I learnt all about corporate hospitality (it requires surprisingly few morals and an ability to drink an amount of alcohol that Judy Finnegan would think excessive).

I’ve been on family holidays with it, romantic mini-breaks with it and have used it to prove that despite speaking like Helena Bonham Carter (what), that yes, I really was born in Bas Vegas (the hospital, not the Festival Leisure Park).

And so I wish my passport a fond farewell and thank it for the memories and all that international border crossing.

HOWEVER, what I won’t miss about it, is the absolute ABOMINATION that is the photo of my face that has also travelled around with me for 10 years, which I put before you in the spirit of transparency (and proof of birth location): 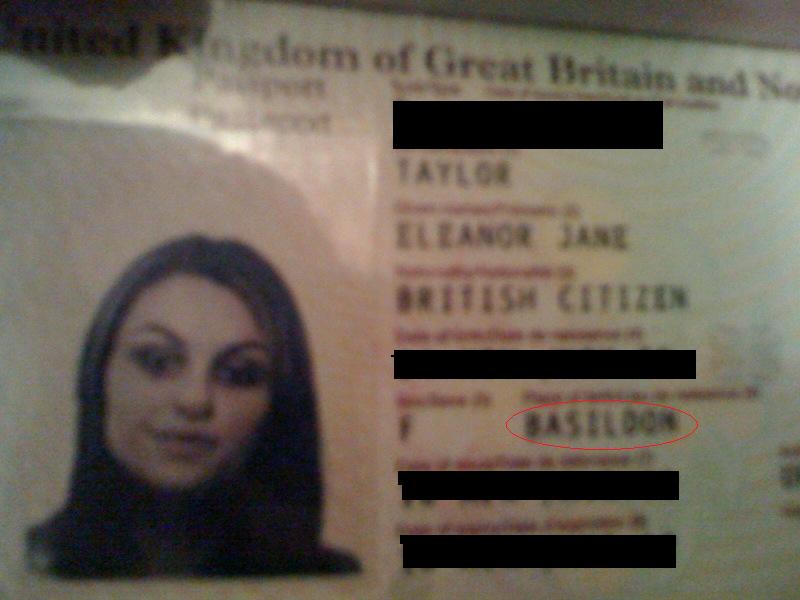 Some have said I look like a crystal meth advocate.

Some have said I look like a night walker after a heavy one.

Others have just said, ‘OH MY GOD ,WHAT IS WRONG WITH YOUR FACE?’.

And I would say that all three are valid. The scariest thing about this picture is that I obviously looked at this photo at the time and thought ‘Wow, what a nice snap. I’d love to use this to represent myself for the next decade’.

Tyra Banks famously once got a modelling job from her passport picture alone. The only thing I have gotten from mine is a guaranteed guffaw every time I go through passport control. And the name of a reliable dealer.